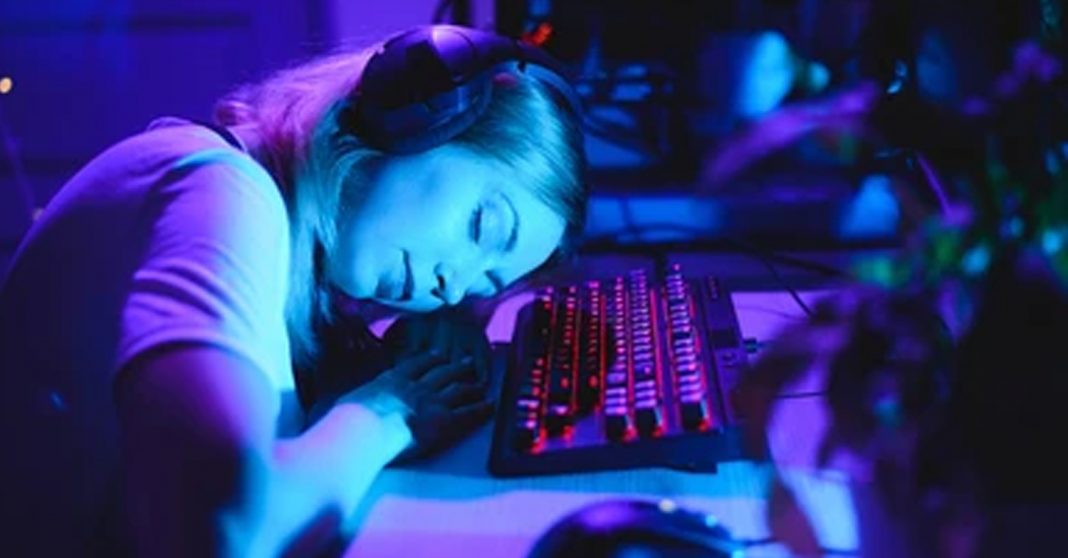 A 22-year-old gaming fanatic has been diagnosed with tiredness, something that usually affects people at least in their thirties, after spending too many hours glued to her many gaming screens.

Trainee kitchen designer Elica Hobs, who has just started an internship with an award winning Edinburgh based kitchen design company, first noticed she was becoming sensitive to light and yawning more than usual.

It rapidly progressed to red puffy eyes and a dry mouth, which was later diagnosed as a secondary condition commonly known as thirst.

Blaming herself for her diagnosis Elica said: “I’ve spent a lot of time being angry at myself.

“Both of these conditions are preventable which is so frustrating.

“I feel like I could have easily prevented them, which sounds really silly, but it’s one of those things you end up beating yourself up over when you realise what’s causing these problems.

Miss Hobs continued: “I love gaming, but when I realised that too much time spent in front of the computer was probably the root cause of my tiredness and thirst, I was devastated and really angry with myself.

“It took some time to come to terms with, because I struggled for a long time with feeling mad at myself about it.”

“It’s a so far so good with the treatment” she continued: “Tiredness and thirst can have a knock-on effect on people’s well being and can really get in the way of day to day life.

“My best advice would be to not suffer in silence and although there’s still a stigma attached to these conditions it’s very important to talk to someone about your tiredness and thirst. There are lots of options that can help you manage them.”

“Sleeping more and drinking more fluids have been real game changers for me” said Elica.

Elica hopes to raise awareness of the prevalence of these potentially devastating conditions amongst the gaming community by touring Scotland’s schools and universities as that’s were a lot of gamers hang out apparently.

She hopes to rise funds to help her spread her message by holding a 48 hour gamathon at the end of October. More details and link to her GoFundMe page to follow.

Have you or do you know of anyone else who has been effected by these conditions due to too much gaming? What do you or they do to cope with them? Get in touch. Leave a comment below.