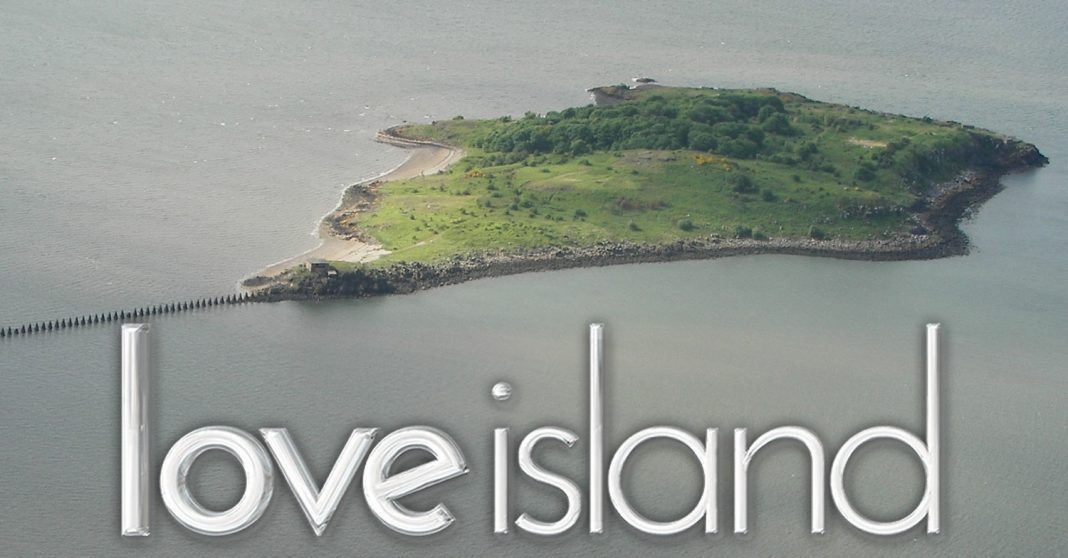 According to an email leaked to Only In Edinbrugh HQ Love Island 2022 will be filmed in Cramond, Midlothian!

It’s believed that due to Covid-19 producers have been scouting the shores of the UK to find a suitable location closer to home for the hit show and Cramond Island has been selected due to its ‘perfect location’.

While producers remain tight-lipped (botox?) about where the sexy singletons could be heading in 2022, scantily clad workmen have been seen on Cramond Island preparing the foundations of the exclusive compound based on the original Love Island set up.

ITV commissioner Amanda Stavri allegedly told Radio Times: “We haven’t announced anything officially but Cramond is very much going to be the new home of Love Island.

“I can’t confirm anything 100 per cent at this stage but Cramond Island will definitely provide the perfect location to host the Love Island that our viewers know and love.”

While the interior of the villa changes each year, there are a few fundamental aspects to the luxury mansion.

All contestants have to share a room, with double beds lined in two rows. Couples are expected to share a bed with their ‘coupled up’ partner.

However, fans of the show will know that counts for nothing, with regular petty fall-outs and senseless squabbles leading to contestants sleeping on the couch and some even venturing out into the outside bedroom.

That’s right, the villa will have an outdoor bedroom. Crazy right! What is this like 1990!

The self obsessed contestants, are usually folk who desperately crave attention and will do just about anything to get it. They will be able to top up their tan in the Midlothian sunshine at the outdoor pool, on the front lawn, at the outdoor workout area or seated round the fire pit.

The fire pit is also where the group congregate to couple up, finger, pull off or dry hump each other. It is also where they get to say their goodbyes and cruelly mock and laugh at the less successful singletons.

Inside the villa there is a makeup room, open plan kitchen, lounge/living room and a separate ‘hide away’, where couples can go for a quick knee trembler away from the prying eyes of the other mind numbingly boring members of the group.

No reading or writing is allowed on Love Island, which has never presented a big issue for those taking part in the past.

Rumours are already circulating as to who some of Love Island 2022’s contestants will be. One of the most prominent names that has been bounced around on the Love Island grapevine is the sizzling hot ex-SNP Leader Alex ‘Saucy’ Salmond.

His spokesperson laughed at the suggestion but Salmond himself was very coy and suspiciously quiet when we approached him as he left a popular back alley Rose Street sauna.

Another name that has been flying around is ex-Scottish Tory Party leader and Salmond’s Holyrood arch nemesis Lord Ruth ‘Dishy Diva’ Davidson.

We approached her as she left Ladbrokes bookmakers also on Edinburgh’s Rose Street where she was seen placing a huge bet of over £50,000 on Tulchan Comms who was racing in the 3:15 at Chepstow.

She also vehemently denied having anything to do with ‘that pathetic show’ and there was no way she would appear ‘on anything so trite’.

But you know what they say “Those who shout the loudest Usually have the most to hide.”

And just think what would happen to the viewing figures if sparks of a very different kind were to fly between Salmond and Davidson and led to a spot of cross party dry humping down by the Cramond Love Island fire pit?