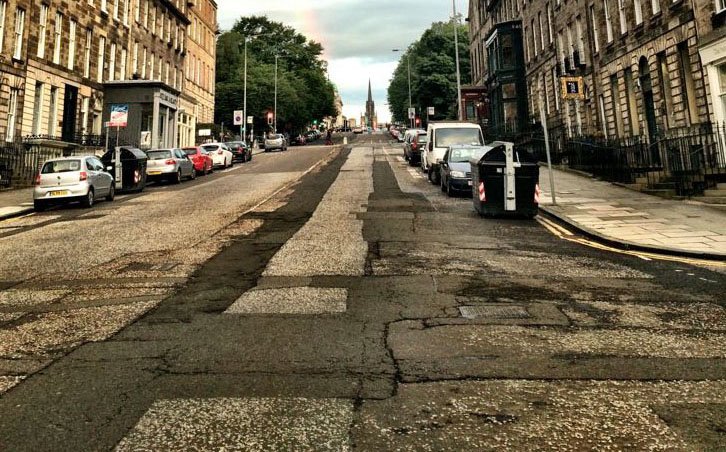 After much discussion over coffee and muffins, paid for by the public purse, at last night’s council meeting in Starbucks on George Street it was agreed that the council would start to sub-contract out it’s road team from the start of September.

It’s hoped that contracting out their ‘crack team of craftsmen’ to tarmac private driveways, paths etc. will give the city coffers a much needed boost after the trams fiasco.

“We’re in massive debt thanks to the trams debacle and need to think of ways to increase our revenues. We have an army of Parking attendants issuing tickets for even the most minor of parking infringement and we do charge ridiculous amounts for parking but that’s not near enough to cover the repayments” moaned Dee Rhodes, Head of Roads & Transport.

“So we’ve come up with a great idea to hire out our crack roads team to do private work as well. They do a fantastic job maintaining our roads so will sure do the same with yours” he mused.

“If this goes well we’ll do something similar with our city bin collectors. They are the best in the business.” said an excited Baz Sura, Head of Waste & Environmental Cleansing Services.