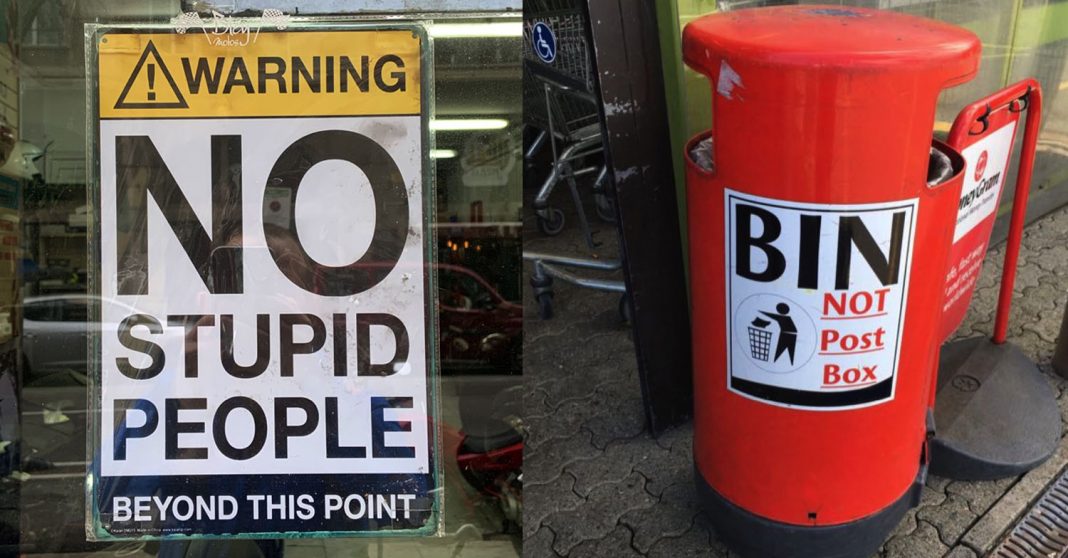 An Edinburgh supermarket has been forced to label its bin after customers continually confuse it for a post box.

The supermarket has a small post office and customers have been dropping parcels into the bin mistaking it for a post box, despite the fact it is obviously a bin.

“Unbelievable, isn’t it” exclaimed Brownie Shytles, manager of the supermarket.

“When we placed the bin outside the supermarket we never dreamt anything like this could happen. I mean how feckin stupid do you need to be to mistake a bin for a feckin post box!” continues Shytles, shaking her head in disbelief.

“But the problem with that is that stupid people have no idea that they are stupid so we had to take in down again.”

“So far so good. We haven’t had any eejits posting their parcels in the bin since we added the sign”

She doesn’t laugh at my joke and just stands staring at me for a minute before turning and walking back into the supermarket, tapping the bin gently with her knuckles as she passes.

I’ve been trying to think of a few bin based puns to wrap up the article but they were all rubbish! 🙂