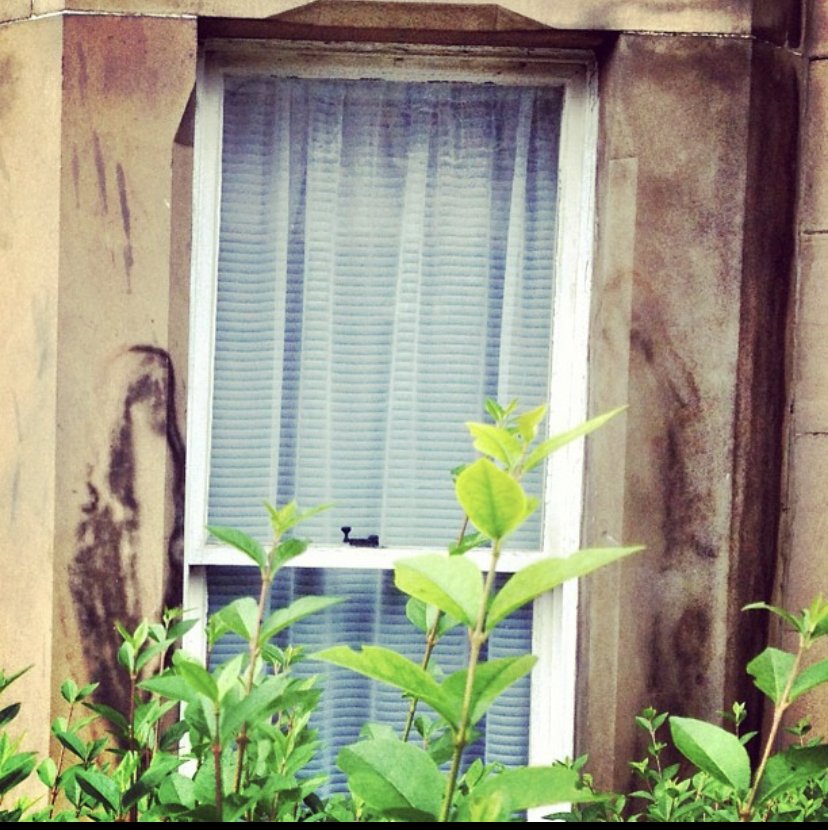 Coach loads of Irish are expected to swarm into Comely Bank Avenue over the coming days to catch a glimpse of Jesus and his mother Mary who have mysteriously appeared on opposite sides of someones window there.

The divine apparition was spotted yesterday by two devout Catholics who were on their way to get the bingo bus on Raeburn Place to nearby Meadowbank.

Lifelong friends Briana Byru and Paula Hewson were saying a decade of the rosary together as they were walking to get the bus.

“We were just walking along on our sixth Hail Mary, it was going to be a big rollover at the Bingo, so we were asking for a little bit of luck before we got on the bus. I paused to take a pull from my vape and there it was! I couldn’t believe my eyes! Jesus and Mary. As clear as day.” said Byru raising her hands skywards.

“Fifty seven, Stairway to Heaven! she shouted” laughed Hewson “I looked up to see what she was on about. It was a miraculous sight!”

They said they wanted the world to know the Jesus Christ and his mother Mary had appeared on both sides of the window but agreed to wait till after the bingo.

“We thought it was a sign we were going to win the bingo, so we took a photo and agreed to stick it on the gram [Instagram] after” said Hewson.

“We didn’t win anything though, it obviously wasn’t meant to be. That bitch Lizzy Johnston won it again! Protestant too! God surely does work in mysterious ways! So we went to the pub for a few drinks and posted the photo on Briana’s gram account” said Hewson.

“The response has been unbelievable. She got 100,000 new followers in 24hrs! Lots of Irish have been sending messages and are making arrangements to get over to see if they can touch it or at least get a photo next to it.” continues Hewson.

“We’ve touched the apparitions with a couple of wee cloths this morning and have cut them into tiny squares to sell as holy relics.”

“We’ve also been contacted by Holy Art dot com and Catholic Gift Shop dot com about potential online and physical partnerships. They’ve also helped us to get some merch together super quick but still super quality. We’ve got some classy key-rings and t-shirts on the way along with some plastic replicas of the window too.” said Byru.

When asked if Jesus would object to the monetisation of his image both ladies looked to each other and laughed.

“It’s not about the money. Pope Francis recently said ‘Find new ways to spread the word of Jesus to every corner of the world.’ That’s what were doing. Spreading the good word on the gram.” giggled Hewson

“It’s a reminder to the world that He’s here. Jesus is here in Edinburgh.”

Charity begins at home they replied in unison when asked if they would be donating any of their proceeds to charity.