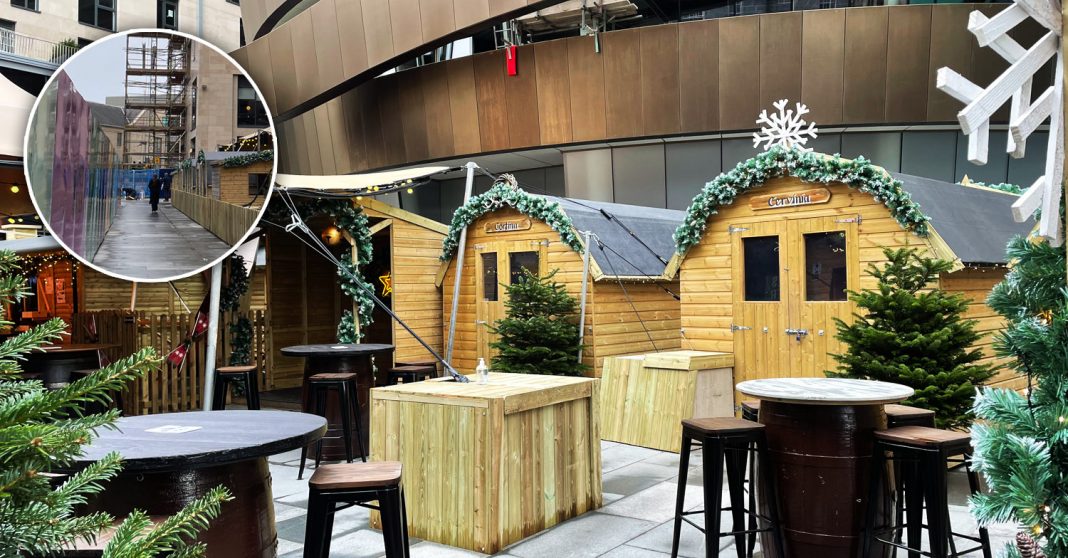 Yes, it’s that time of year again folks. Xmas is just around the corner. It’s time to blow the cob webs off the purses and wallets.

Get out there and shop till you drop.

But just before you drop get your weary feet round to St James Quarter’s bargain basement attempt at a winter wonderland.

Take the weight off and book a flimsy garden shed to share with your family and friends.

Because nothing screams Xmas more than having a few pints or cocktails with friends and family in a freezing garden shed next to an active and very noisy building site.

But unlike the building site next door this poor mans winter wonderland has yet to be granted planning permission!

But don’t let that put you off. Book now and hopefully it will still be there when you arrive. It’s all part of the Xmas surprise!

And don’t forget to wrap up well. Flimsy wooden garden sheds are not as warm as you might think.

Be prepared to huddle. And bring some waterproofs just in case your shed springs a leek during a downpour.

All in all should be great craic altogether. If that’s what you’re into.