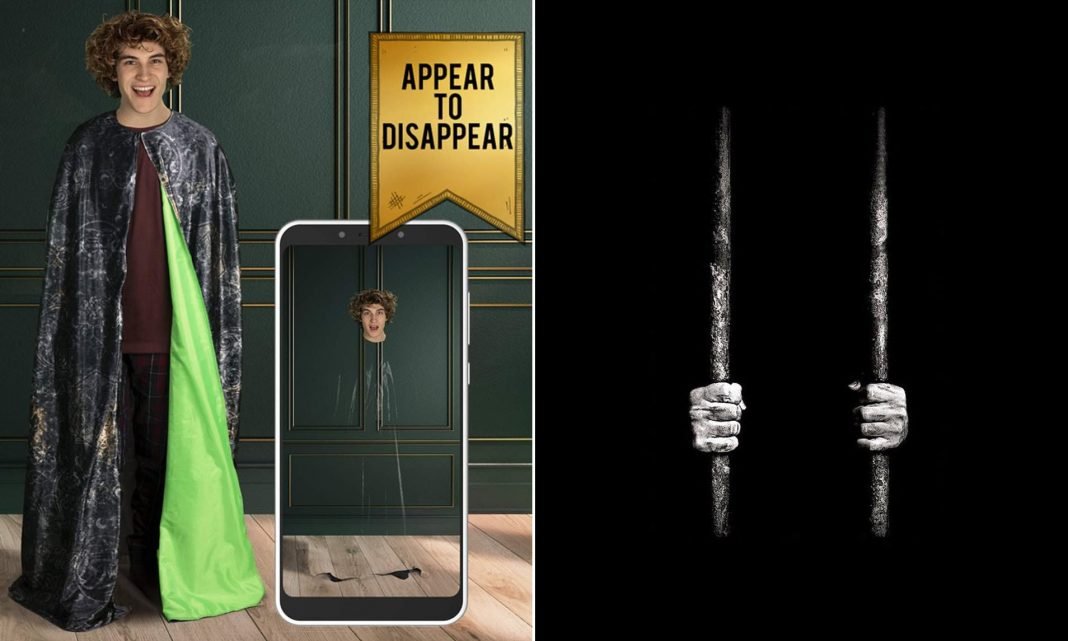 A 26 year old man has been jailed for 9 & 3/4 months for attempting to rob a Dalry bookmakers wearing a Harry Potter invisibility cloak.

The attempted robbery took place during the largest cartoon horse race of the year, The Hanna-Barbera Quick Draw McGraw Gold Cup Classic, which was due to start at 12:30pm last Saturday afternoon.

“One… FULL!” she says hiding one finger and raising one eyebrow.

“Big cartoon horse meets like this only mean one thing for A Shot In The Dark Bookmakers. Two words!” says manager Lottie Cash holding up two fingers.

“Two… HOUSE!” she says showing both fingers again and raising both eyebrows.

“And what does Full House mean?” she asked.

“It means your shop was full to capacity” I reply confidently.

“Well yes, but it really means ka-ching!!” she sings rubbing her thumbs on her index fingers as if trying to start two small fires.

The would be robber entered A Shot In The Dark Bookmakers just as the cartoon race got under way. All the punters were huddled together inside the shop, dead eyes glued to the animated race on a small portable television in the corner, all clutching their betting slips, clinging on to dreams of better days ahead.

“Diz O’Peera walked up to the counter calm as you like wearing what looked like an old satin curtain from a low budget 60’s Ken Loach movie over his head. A hand reached from underneath the curtain and handed me a black tote bag that had the word ‘OPTIMIST’ in white uppercase letters on the side of it” says Lottie Cash holding back laughter.

“There was a note paper-clipped to it” Lottie continued.

“The note read,
‘Please don’t be alarmed.
I’m invisible and armed.
I won’t hurt you honey.
Just fill my bag with money‘.
“

“I thought it was a joke at first. Then when I realised the poor guy really thought he was invisible. I told him that I could see him.”

“O’Peera took his iPhone from his pocket and opened some app and stared at it for a minute before flashing the screen to me. Sure enough he was invisible on the screen. So I pointed to our CCTV monitors above him and there he could see himself as large as life standing in the middle of the floor with a curtain over his head.”

“He let out a high pitched wailing noise like someone having their balls slowly crushed in a flower press. Then he roared at his phone. ‘FUCKING LIES!! IT’S FUCKING LIES!!’”

“He took off his curtain and made a run for the door, before making a getaway towards the train station. I gave chase but was no match for his pace. But as luck would have it Lots of Shapes Bakery recently opened a branch on Dalry. They sell the most amazing pastries.”

“And you know what that means? No? Well, pastries attract cops like bees to pollen. PC Danny Danish was coming out of Lots of Shapes with a bag of his favourite bear claws in one hand and making pretend bear claws with his other. He was bearing his teeth and making roaring noises to his colleagues, when who ran right into him?”

“No!? Wow, you are slow today aren’t you!? Only O’Peera! Diz O’Peera himself! Ran right into him!”

“I had time to catch up and told PC Danish what had happened!” said Cash.

“PC Danish and his colleagues had a good laugh then arrested him and took him away in the back of his patrol car after he had finished his pastries.”

Judge Justice Dunne said that she had never heard of anything as ridiculous in all her days and suspended sentencing for two weeks to allow for a psychiatric evaluation of O’Peera.

When the psychiatric report came back it said that there was no doubt that O’Peera wasn’t quite right but still knew the difference between right and wrong and there for fit for sentencing.

Judge Justice Dunne sentenced O’Peera to 9 and 3/4 months in prison. Most of those attending the trial could be heard trying to contain their laughter.

Instead of banging her gavel to end proceedings Judge Dunne pulled out a replica Harry Potter wand from inside of her robe, pointed it at O’Peera and shouted ‘To Azkaban! Riddikulus Idiotus!’ sending everyone in the court house into hysterics of laughter.

It is believed that O’Peera has begun proceedings against the makers of the invisibility cloaks suing them for false and misleading advertising.