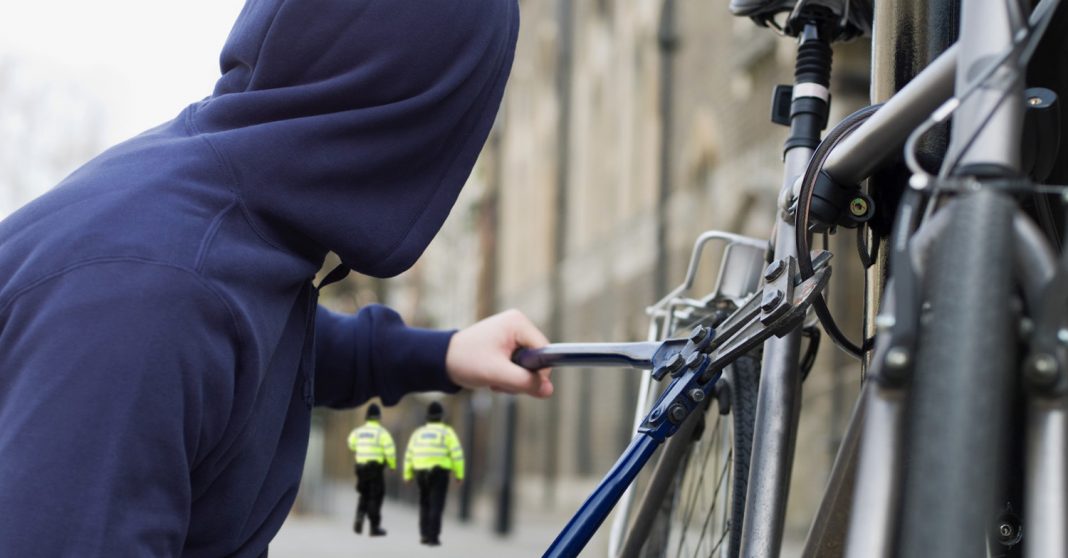 Imagine this. You have your bike stolen. You report it to the police. You even find it for sale on Gumtree the following day. You alert the police. Again. Then you hear nothing from them. Six months later you get a knock on your door. It’s the police calling to begin investigating the theft.

Sounds like something that would happen in somewhere like Glasgow right? Well you’d be wrong. It happened right here. In Edinburgh!

Rupert Milton woke up one frosty morn in February to find that his bike had been stolen from his shed. He reported the theft to police immediately who told him they would send someone out to investigate soon. That soon was six months later and not near soon enough!

“I even found it for them on Gumtree for fu*ck sake! They thanked me for the info and advised me not to contact them myself for safety reasons. They might be members of an organised crime gang he told me” mocks Rupert.

“What sort of organised crime gang would steal a bike then list it online along with their address and phone number on fu*cking Gumtree that same day!?” mocked Mr Milton.

“A not very well organised one?” I tentatively reply.

“Anyway I heard nothing from them then they call to the door six months later to investigate! Six months later! After the bike had been openly sold online!”

“I don’t want to bad-mouth the police but fu*ck me! Eat your fu*cking heart out Columbo. This is how to really crack a case! No need to waste time gathering evidence and investigating a case any more. Just pretend it didn’t fu*ckin happen.” says an irate Mr Milton.

“Poirot would be shi*tting himself in the company of these crime solving masterminds! Rebus would be crying into his pint overwhelmed by his feelings of inferiority. Sherlock would have OD’d on opium rather than spend time alongside these modern day super sleuths. I could go on” says Mr Milton.

“Please don’t. We get your point” I plead.

“We understand Mr Milton’s frustration at our response rate. You see the thing is we don’t really classify this sort of thing as theft anymore” says PC Lee Zeeman.

“It happens way too often and we end up getting bogged down with all the paper work and a lot of us simply can’t be arsed with it” admits PC Lee Zeeman.

“We’d much rather be sitting up the town in our fancy patrol cars trying out all the new coffee shops” he continues.

“There’s a new one opening every day these days. It’s absolutely tremendous. And as we no longer work weekends we have a lot to cram in Monday to Friday”

“So what would you say to anyone who has had their bike stolen in the Edinbrugh area” I ask PC Lee Zeeman.

He thinks for a minute before replying.

“I don’t know. Maybe go out and find one you like and steal that one?” he whispers “Don’t tell anyone I said that”

“Of course not. I would never do such a thing. That would be a shameful dereliction of duty” I assure him.